We are somewhat happier than our ancestors, the increase in our well-being is far less than we might have expected. In the Stone Age, the average human had at his or her disposal about 4,000 calories of energy per day. This included not only food, but also the energy invested in preparing tools, clothing, art and campfires. Today Americans use on average 228,000 calories of energy per person per day, to feed not only their stomachs but also their cars, computers, refrigerators and televisions. The average American thus uses sixty times more energy than the average Stone Age hunter-gatherer. Is the average American sixty times happier?

In ancient agricultural societies human violence caused about 15 per cent of all deaths, during the twentieth century violence caused only 5 per cent of deaths, and in the early twenty-first century it is responsible for about 1 per cent of global mortality. In 2012 about 56 million people died throughout the world; 620,000 of them died due to human violence (war killed 120,000 people, and crime killed another 500,000). In contrast, 800,000 committed suicide, and 1.5 million died of diabetes. Sugar is now more dangerous than gunpowder! So are we still happy?

The glass ceiling of happiness is held in place by two stout pillars, one psychological, the other biological. On the psychological level, happiness depends on expectations rather than objective conditions. We don’t become satisfied by leading a peaceful and prosperous existence. Rather, we become satisfied when reality matches our expectations. The bad news is that as conditions improve, expectations balloon. Dramatic improvements in conditions, as humankind has experienced in recent decades, translate into greater expectations rather than greater contentment. If we don’t do something about this, our future achievements too might leave us as dissatisfied as ever.

On the biological level, both our expectations and our happiness are determined by our biochemistry, rather than by our economic, social or political situation. We never react to events in outside world, but only to sensations in our own bodies.

You don’t have to score the winning goal in the World Cup Final to feel such sensations. If you receive an unexpected promotion at work, and start jumping for joy, you are reacting to the same kind of sensations. The deeper parts of your mind know nothing about football or about jobs. They know only sensations. If you get a promotion, but for some reason don’t feel any pleasant sensations – you will not feel satisfied. The opposite is also true. If you have just been fired (or lost a decisive football match), but you are experiencing very pleasant sensations (perhaps because you popped some pill), you might still feel on top of the world.

The bad news is that pleasant sensations quickly subside and sooner or later turn into unpleasant ones. Even scoring the winning goal in the World Cup Final doesn’t guarantee lifelong bliss. In fact, it might all be downhill from there. Similarly, if last year I received an unexpected promotion at work, I might still be occupying that new position, but the very pleasant sensations I experienced on hearing the news disappeared within hours. If I want to feel those wonderful sensations again, I must get another promotion. And another. And if I don’t get a promotion, I might end up far more bitter and angry than if I had remained a humble pawn.

This is all the fault of evolution. For countless generations our biochemical system adapted to increasing our chances of survival and reproduction, not our happiness. The biochemical system rewards actions conducive to survival and reproduction with pleasant sensations. But these are only an ephemeral sales gimmick. We struggle to get food and mates in order to avoid unpleasant sensations of hunger and to enjoy pleasing tastes and blissful orgasms. But nice tastes and blissful orgasms don’t last very long, and if we want to feel them again we have to go out looking for more food and mates.

The biochemical pursuit of happiness is also the number one couse of crime in the world. People drink alcohol to forget, they smoke pot to feel peaceful, they take cocaine and methamphetamines to be sharp and confident, whereas Ecstasy provides ecstatic sensations and LSD sends you to meet Lucy in the Sky with Diamonds. What some people hope to get by studying, working or raising a family, others try to obtain far more easily through the right dosage of molecules. This is an existential threat to the social and economic order, which is why countries wage a stubborn, bloody and hopeless war on biochemical crime.

If I identify happiness with fleeting pleasant sensations, and crave to experience more and more of them, I have no choice but to pursue them constantly. When I finally get them, they quickly disappear, and because the mere memory of past pleasures will not satisfy me, I have to start all over again. Even if I continue this pursuit for decades, it will never bring me any lasting achievement; on the contrary, the more I crave these pleasant sensations, the more stressed and dissatisfied I will become. To attain real happiness, humans need to slow down the pursuit of pleasant sensations, not accelerate it.

At present, humankind has far greater interest in the biochemical solution. No matter what monks in their Himalayan caves or philosophers in their ivory towers say, for the capitalist juggernaut, happiness is pleasure. Period. With each passing year our tolerance for unpleasant sensations decreases, and our craving for pleasant sensations increases. Both scientific research and economic activity are geared to that end, each year producing better painkillers, new ice-cream flavours, more comfortable mattresses, and more addictive games for our smartphones, so that we will not suffer a single boring moment while waiting for the bus.

Life is a long story about how you died. My story has started already.

I born. Then came to do all the hard work here on the earth to make thousands of memories. Die one day.

The weird thing is that i hate all this labour toil under the hot sun. The sun has burned my skin. I am so dark. Unlovable… Mine is a life in the life of the hailstones of the hailstones. All the thousand memories seems so empty. Blossom beyond blossoming i saw no flower, no spring.. 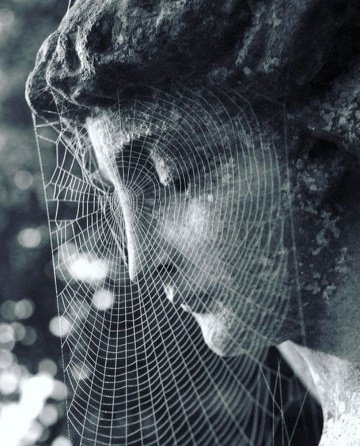 Some souls never saved in memory. They are to be remembered everyday. They are loved and admired everyday. May i held on; hug you tightly and not let you go. But’ turn your eyes away. Just overcome me. Do not stare at me, i am so dark. Unlovable..

She walks in beauty, like the night Of cloudless climes and starry skies;
And all that’s best of dark and bright Meet in her aspect and her eyes
– Lord Byron

I constantly aware of an absence. Each and every thing i write is revolve around that absence.

Absence may be an inactive sadness or an indolent wish. Some how it triggers my senses and live again with the bygone. The presence of absence control me as long as it stays as a secret. It’s dark energy galvanize me at times. Thus we co-exist in peace..

I love to be in this alternate reality. No season getting colder here… No sun is ruling here.. I feel grey!! Depression is torn on my table, half-attended.

The portrait of your beauty stays the same

Standing by the ocean wondering where you’ve gone

Where is the ring I gave to Nancy Spain?”